The most powerful armies are necessary for any developed country to keep its citizens safe. It depends on their defence budgets, weapons, and armies; you can estimate how they spend on their defence system. The defence system includes Army, Air force, Navy, Police and other soldiers. So, in short, the countries with the best budgeting systems tend to have the most powerful armies.

Furthermore, the strongest defence system does not depend only on the number of soldiers, rather it depends on the number of latest weapons, battalions, technology, strategy, training, etc.

Therefore, the strength of the most powerful armies also depends on the number of their latest weapons, such as aircraft, submarines, attack helicopters, tanks and others. Here is a list of the top 7 best powerful Armies in the world in terms of their budgets, weapons and pieces of training.

Most Powerful Armies in the World

According to global firepower statistics, the world’s top 7 most powerful armies are—

Above is the list of the top 7 most powerful armies in the world; So now let’s understand why they are the most powerful:

See also  Ramadan 2023: Why Ramadan is Celebrated by Muslims?

Not only does the US have a fleet of ten aircraft, but the US also has a prominent active 1,400,000 frontline soldiers and well-trained personnel in its defence system. Furthermore, they have 8,848 tanks, 13,892 aircraft, 72 submarines, modern technology and new rail guns for the Navy, and the world’s largest nuclear arsenal.

Russia’s defence budget is $65.5 billion as per the new official data, which is much less than the US budget. But, it has so many tanks, about 12,950, which is twice as many as the United States. They also have 10,000,00 active soldiers and 27,038 armoured vehicles, making it more powerful. Furthermore, 6,083 self-propelled artillery groups, 3,860 rocket projectors and Satan 2 Sarmat missiles.

China is one of the third strongest countries and spends $209 billion on its defence system. It has the largest military in the world in terms of workforce. Recently, China has invented a new Anti-ballistic missile system that protects the country from potential attacks by other missiles. They also have the second-largest tank and submarine fleet in the world. Nearly they have 3205 tanks, 35000 vehicles and 327 attack helicopters.

According to Global Firepower, India has great military power, coming in fourth place, and it has a fleet of approximately 1.4 million active military personnel. The country has the world’s largest battle tank fleet of around 4,292. Apart from this, 4060 artillery, 14 nuclear submarines, and 841 fighter aircraft are in the defence list. India’s defence budget is around $76.6 billion (2021), which makes this country one of the strongest countries in the world.

Japan spends $51.7 (2020) billion a year on its defence system. There are 247,154 frontline personnel on the ground, which is enough for their population. Japan has the fourth largest submarine fleet in its defence system and four aircraft carriers in its naval arm. Furthermore, it has the fourth most extensive fleet of attack helicopters in the world after China, Russia and the United States.

In South Korea, it is mandatory for male citizens between the ages of 18 and 35 to serve in the defence service. The Republic of Korea National Army, also known as the ROK Armed Forces, is one of the world’s most potent permanent armed forces. There are 650,000 active personnel on the front lines to defend their country. They have 2600 tanks, 14100 armoured vehicles and 112 attack helicopters.

See also  List of smallest countries in the world by population

France is a powerful country and ranks 7th out of 145 countries worldwide. The country is a member of NATO with approximately 270,000 active personnel. They are the manufacturer and exporter of Rafale aircraft, which is very popular worldwide. In France, there are 406 tanks, 6420 armoured vehicles and 69 attack helicopters.

Q: What is the rank of the Indian army in the world

A: According to the data of globalfirepower.com, the Indian military ranks fourth among 145 countries in 2022.

Q: Which country has the most powerful military system in the world?

A: The United States has the most powerful military system in the world.

Q: Is Russia stronger than the United States?

A: According to the defence budget and modern technology, the United States is more powerful than Russia.

Q: How much does the United States spend on its military per year?

A: The United States spends $801 billion a year on its military system.

Q: Which country in the world has the number of active soldiers?

A: China has the largest number of active soldiers in the world. 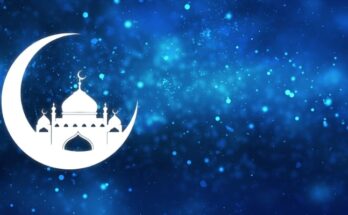 Ramadan 2023: Why Ramadan is Celebrated by Muslims? 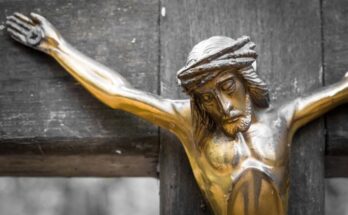 Good Friday 2023: History, Significance, Why is it Celebrated?