The contribution of solar energy can play an essential role in the world’s total energy supply. In some countries, solar energy is being used in homes and airports, which relieves lifetime electricity bills and is a positive step for the green environment. Today in this article, we will learn about the basic concept of solar energy.

Earlier, both airports had to pay electricity bills worth crores of rupees annually. So with the help of solar energy, both these airports save the environment from pollution and money.

It requires more investment once, which is slightly higher. But it is the best option for long-term energy consumption. So let’s know about silicon used in solar panels.

What is Solar Energy?

To use solar energy, we need silicon, which is commonly identified as a metalloid, and this silicon is made only from sand, which is abundant on Earth. The sand is heated in a furnace with carbon at a temperature of 2000 ° C to obtain raw silicon.

Then undergoes a complex purification process. First, the raw silicon is converted into a gaseous silicon compound and mixed with hydrogen to obtain a highly pure polycrystalline silicon used to get solar energy.

Silicon structure electrons have no freedom of movement. Silicon is used as a semiconductor, the outer cell of silicon, which has four electrons. So silicon is doped using aluminium and phosphorus atoms to move the electron.

Aluminium has only three electrons, and phosphorus has five electrons. Before knowing how solar energy works, it is important to know about the ‘P’ &’N’ type region.

These parts of silicon are called negative type (n-type) regions. Three valence aluminium electron atoms are injected into silicon, and this part is called the positive type (P-type) region.

When aluminium is injected into pure silicon, small holes are formed in that province because aluminium has three electrons.

Thus this region is known as the ‘P-type’ region. These ‘p-types’ of doped material join together; some electrons from the n-region will move to the ‘p-type region’ and fill the holes available there.

When the sunlight falls on the thin n-type region, the photon acquires energy, and the electrons are free to move and try to move to the p-type region to fill the holes.

In the P-type region, holes are made by injecting aluminium, known as a doping system. Similarly, phosphorus is injected into pure silicon, which has five electrons; thus, one electron is free to travel.

But at the centre of both regions (P-type & N-type), a layer is formed with no holes, or free electrons called a P–N junction.

Thus, an adverse order or electric field is formed in the two regions. Therefore the electrons here create a driving force with the help of a Depletion layer.

Know a little more, and the holes then become slightly positively charged to the side boundary due to electron migration.

The P-type side becomes a negatively charged electric field; this electric field between these charges creates the necessary driving force with the help of the P-N Junction.

In other words, it can be said that, to form a depletion layer in the P N junction, the holes in the p-type move towards the electron in the n-type and vice versa, which result in neutralization. Due to this, a layer is formed, i.e., ‘Depletion layer‘. So now let us know how does work solar energy.

How does Solar Energy Work?

Here, from the electrons and holes in the depletion region, we see that as the concentration of electrons in the end region and the spot or holes in the P region increase, a potential difference develops between them, as soon as we add any load between these regions, Electrons start flowing through the load.

Let us understand this in simple ways. When sunlight falls on the thin ‘n-type’ region, negative electrons move towards the ‘P-N junction‘ due to the excess of one negative type of electron.

The depletion zone or p-n intersection does not help in transferring negative electrons. In this way, negative and positive forces in both regions create the driving force.

But on the other side, a wire is attached to transfer electrons, and this negative electron enters this wire and tries to reach the P-type region randomly.

But here, another wire is connected to the p-type region. So if you place a bulb and switch here, the bulb will turn on because the moving electrons are the ‘electricity’.

The above paragraph explains how solar energy works, but now we will also know about solar cells, solar modules, and solar plants.

A solar cell is an electrical device that converts light energy into electrical energy by the photovoltaic effect. Sunlight is reflected only on the ‘N’ region because electrons move through the ‘N’ region. The ‘N’-type region is placed on the upper side, and it is heavily doped; it is thinner than the ‘P’-type. The P-type region is thicker, doped lightly, and placed in the lower area.

But here, the depletion area does not support electrons to move towards the P-type region, and electrons start moving in the opposite direction, where electrons travel through a connected wire towards the ‘P’ region.

In this way, the ‘direct current’ is generated by the n-type region. It can now be stored in a battery or converted to AC by inverters using this direct current.

The P region is thick and lightly doped and is meant to enhance cell performance. The thickness of the depletion region is also very high compared to the previous case, which means that the light-strike produces electron-hole pairs over a wider area than the endpoint.

The government mostly installs solar plants over a large area. It costs a lot to set up such a solar plant. For this, a separate battery is not installed to store electricity, increasing the cost.

However, in solar power plants, the need for mass storage is generally not possible. A direct inverter is placed here, converting DC (direct current) to AC (alternating current) and reaching the nearest transformer.

It is then distributed directly to homes and offices through electric poles. Solar panels on the roofs of houses can store electricity with the help of batteries and solar charge controllers.

A single PV cell produces only around 0.5 volts in the solar panel. Here are the details of the solar cell structure.

The solar panel always needs to be kept clean, as it is kept in an open space for sunlight; There will be a possibility of damage due to dust, mud, storm, and rain.

So, for this, both the sides of the solar cells are covered with the help of pseudomorphic glass (PMG) to protect them from shock, rain, mud, vibration, moisture, dirt etc. 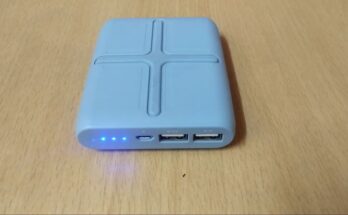 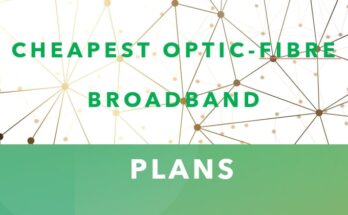 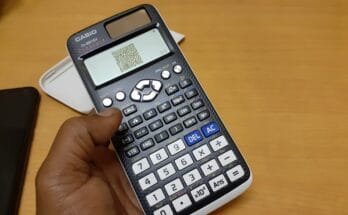