The profession of acting is one of the most popular among the younger generation. There are many actors that we know who were famous in their time. This profession does not require any qualifications and may be a God gift, but to polish a career requires proper professional training. Whatever you think, they become sensational celebrities in the world for their acting talent and become the richest actors in society.

They all get paid well for their acting talent in big-budget movies or other platforms. Thus, they become celebrities as well as the richest personality in the world.

In this article, we will cover all aspects of the top 11 popular actors like their lifestyle, net worth, social life and others.

You can guess that they are not only influential personalities but also the richest person in the world. Here below are the top 11 richest actors’ of 2023-24 and their brief information and net worth details.

The following personalities are the most popular in the world in the acting field and become rich in a few decades. As the amount paid to them is huge and other sources of earning money also arise. Below is the list of the 11 richest actors in the world.

Below we are going to share brief information about all the richest actors in the world for the year 2023-24.

Tyler Perry is a writer, producer and the richest actor in the United States. He is known for creating and portraying the character of Madea in a series of films and stage productions. He is also popular for creating and producing a number of successful television shows, such as House of Payne and The Haves and the Have Nots.

He is not only a successful playwright but has also produced many successful stage productions. Furthermore, he is also the owner of Tyler Perry Studios, a film production studio in Atlanta. As of 2023, Perry has a net worth of over $1 billion, making him one of the wealthiest actors in the world.

Later, he continued to work as a comedian after the “Seinfeld” show ended, performing stand-up comedy and hosting and producing web series. But, he also appeared in several films and TV shows as an actor. As of now, his estimated net worth is over $950 million.

Dwayne Johnson is an actor and the former most popular and successful wrestler. As he first gained fame as a wrestler in WWE, and later ventured into the acting field and became one of the highest-paid and most successful actors in the world.

He played roles in a variety of films, including action films, comedies, and family films. Some of his most popular movies are the Fast and Furious franchise, Jumanji, The Tooth Fairy, etc. Besides his acting career, he is also successful in business ventures.

Tom Cruise is the highest-paid and most successful American actor in the world. He is not only a film actor but also a successful producer in the Hollywood film industry.

He has worked in many popular and successful films throughout his career and is known for action and drama films and received several awards for his performances.

Tom Cruise’s most popular films are Mission, Top Gun, Jerry Maguire, War of the world, etc. Besides this, he is also known for his involvement in the Church of Scientology and philanthropy.

In India, Khan is often referred to as the “King of Bollywood” and is regarded as one of the most iconic and influential actors in the history of Indian cinema. He has won many awards in his acting careers, such as 14 Filmfare Awards, 3 IIFA Awards, 9 Star Screen Awards, 3 Bollywood Movie Awards and many more.

Apart from his acting career, he is also the owner of the Indian Premier League team Kolkata Knight Riders. He is known for his philanthropy and has supported various charitable trusts throughout his career.

Jackie Chan is a worldwide popular actor, apart from his acting career, he is also a martial artist and film director. He is a famous actor among all kinds of people worldwide for his fighting style, comic timing and innovative stunts in the film.

He has appeared in over 150 films since the 1970s and most recognizable and influential actor in the world. He has received many awards for his acting and contribution to the film industry and is also a global icon.

Jackie Chan’s most popular films are Rush Hour, Drunken Master, Police Story, Kung Fu Panda, etc. Besides his acting career, he is also a philanthropist and has supported various charitable causes throughout his life.

Robert De Niro is a noted American actor, producer and director in the film industry. He is widely regarded as one of the greatest actors of his generation and has won numerous accolades for his performances, including two Academy Awards.

He is a multi-talented actor and is best known for his roles in crime dramas, comedies and romantic films. Some of the best movies of his acting career are The Godfather-Part II, Raging Bull, Taxi Driver, Goodfellas etc.

Apart from his acting career, he has also worked as a producer and director and has directed several successful films and television shows.

Kevin Hart is the highest-paid comedian in the world. He is a US-based successful actor and appeared in many movies and TV shows. Kevin Hart first gained fame as a stand-up comedian and then went on to star in films The 40-Year-Old Virgin, Get Hard, Ride Along and many more.

Not only acted in his life but also hosted various award shows and events like Academy Awards, BET Awards, etc. Apart from his acting career, he is also a successful businessman and has started several successful ventures, such as a production company of headphones.

Gibson continued to star in and direct several successful films, like The Passion of the Christ, Hacksaw Ridge, Apocalypto and more. Gibson’s career has sometimes been the subject of controversy, as have his personal behaviour and his views on various social and political issues.

Adam Sandler is a successful actor, comedian, and film producer belong to the United States. He is best known for his comic roles in many popular films and television shows. Some of the popular films in his name like Funny People, Hustle, The Wedding Singer, Pixels, etc.

He is also the founder of Happy Madison Productions, a film and television production company, and has produced several successful films and television shows. Apart from his acting career, he is also a successful stand-up comedian and has released several comedy albums

Amitabh Bachchan is one of the most influential and iconic actors in the history of Indian cinema. He has appeared in more than 200 films in a variety of films throughout his career. Most of his roles have been in a variety of films such as action, drama, and comedy, and he has also won several awards for his performances.

Besides his acting career, he is also hosting a popular TV show Kaun Banega Crorepati since the year 2000. It is one of the most popular TV shows in India. He has also a production company (ABCL) produced several successful films in Bollywood Industry. 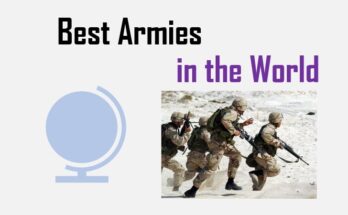 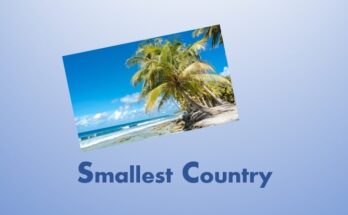 List of smallest countries in the world by population